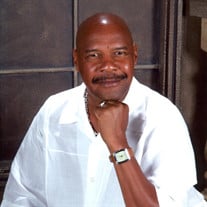 Life is a story of volumes three: the past, the present, and the yet to be. The first has passed and gone away; the second we are living every day. The third, the last of the volumes three, is hid from sight, God holds the key. David Garfield was born in Southfield, St. Elizabeth to his parents, Rupert and Estel Lloyd (now deceased). He was the younger of the second set of twins, and the tenth child to his parents. David Garfield was brought up in a Christian household, and as such, adherence to the Christian principles was a requirement. During his formative years, he was known as Garfield. He attended the Mayfield all-age school, and later the Seaview all-age school. As he grew older, Garfield attended the South St. Elizabeth Vocational Institute, also known as McLean Training Center. Here he studied education. Upon graduation, he secured a teaching position at the Ballards Valley all-age school in Junction, St. Elizabeth. Garfield later moved to the city of Kingston and enrolled at the College of Arts, Science, and Technology (CAST), where he studied nutrition. Upon completion of his course of studies, he obtained a position at the Airport in Dietetics. Not wanting to be too complacent, he pursued another venture with West Indies Paper Products in Kingston. In 1980, Garfield left Jamaica to live in the United States of America. Upon arrival in the States, he used his Christian name “David”, instead of his middle name, “Garfield”. Although it is not known exactly why he changed to David, one guess is that it might have been for cultural reasons or to show his prowess. You see, he had known of the very powerful King David of Israel. David loved to dress elegantly and drive his Mercedes Benz. He loved life and lived it fully. In the United States, David established a new venture in the Chemical Industry. He was extremely proud of his new business and of living in the United States. David was blessed with six children, Sean, André, Tamara, Nikita, Racquel, and Gregory. There are thirteen grandchildren and seven great-grandchildren. Along with these, he leaves to mourn his loss the following siblings: Lally, Ruby, Gysbert, Elsie, June, Lincoln, Cotret, Lurlene, and Elias; and a host of nephews, nieces, cousins, and friends. On the early morning of March 28th, David fell asleep in Jesus. May the Lord grant him eternal rest as he awaits the Great Resurrection Morning. Funeral services will be held Saturday, April 10th, 3:00 PM with Lincoln Lloyd officiating. The family will receive friends from 12:00 to 3:00 PM before the service. Anyone wishing to view the service virtually may do so via a livestream video that will appear on David’s tribute page during the listed service time. In keeping with current precautions due to COVID-19, we are requesting that anyone visiting wear a mask and maintain social distancing.

Life is a story of volumes three: the past, the present, and the yet to be. The first has passed and gone away; the second we are living every day. The third, the last of the volumes three, is hid from sight, God holds the key. David Garfield... View Obituary & Service Information

The family of David Garfield Lloyd created this Life Tributes page to make it easy to share your memories.

Life is a story of volumes three: the past, the present, and...

Send flowers to the Lloyd family.