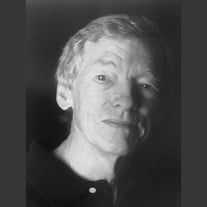 William J. (Bill) Thompson died on November 17, 2020 at Presbyterian Village in Austell, Georgia. He was born on a farm in Gratis, near Monroe, in Walton County on October 27, 1931. His parents were Mary Jane Breedlove Thompson and Claude Oliver Thompson. He was predeceased by his parents and his brother, Ranny Thompson. Bill and his parents moved to Atlanta in 1942 and joined Rock Spring Presbyterian Church that year. He graduated from North Fulton High School at age 15. That fall, he enrolled in Emory University. He lived at home and had a paper route to contribute to his tuition. He drove a 1939 Chevrolet back and forth to Emory. When his parents could no longer afford Emory's yearly tuition, he enrolled in Georgia State University's night school program. During the day he worked at a grocery on Piedmont Avenue which later became a Piggly Wiggly (now Smith's Olde Bar), where he stocked shelves and carried the ladies' purchases to their cars. During the day, he worked at two different dairies in midtown, a men's clothing store, and in the downtown Rich's department store. Later he worked for the man who would become his father-in-law, Byrum O. Greene, the plant auditor at General Motors in Doraville. Bill was drafted in 1952 and after basic training was sent to Camp Gordon. When his superiors learned he could type, he was made the Company Clerk for his two-year stint. His wife to be, Janet Greene, and her parents moved from Hapeville to a house on LaVista Road in Atlanta in 1948. They, too, were members of Rock Spring Presbyterian Church, and this is where Janet and Bill met. He would hitchhike or take a bus to Atlanta when he was off-duty. Janet and Bill married at Rock Spring in 1953. After his time in the army, he attended the General Motors Institute in Flint, Michigan (now Kettering University) and graduated in 1954 with a degree in Industrial Engineering. He loved the idea of working for General Motors because of his love of cars. Bill and Janet were founding members of Northwoods Presbyterian Church, and remained active there until they joined Central Presbyterian Church. They moved to Presbyterian Village in 2010, and made dear friends with members of the community. Bill lived a life of constant service. He volunteered for Habitat for Humanity in Atlanta and joined Central Presbyterian members on several mission trips for hurricane relief. At Presbyterian Village, he worked with landscaping. He was a Master Gardener and gardening was his favorite past-time. Bill is survived by his two daughters, Ellen Thompson and Susan Cordell (Jon). He had four wonderful grandchildren, Emily Feeney (Ray), Erin Galphin (Andrew), Seth Cordell, and Katherine Hunter Lewis. He loved his four great-grandchildren, Natalie, Brock, Brody, and Brett. He is also survived by his sister, Ann Crissey (Dennis). If you are inclined, we ask that you might make a gift to Habitat for Humanity, 824 Memorial Drive, SE, Atlanta, GA 30316 or the Central Outreach Center at Central Presbyterian Church, 211 Washington Street, SW, Atlanta, GA 30303. A celebration of his life will be held when it is safe to gather.

William J. (Bill) Thompson died on November 17, 2020 at Presbyterian Village in Austell, Georgia. He was born on a farm in Gratis, near Monroe, in Walton County on October 27, 1931. His parents were Mary Jane Breedlove Thompson and Claude Oliver... View Obituary & Service Information

The family of William Jack Thompson created this Life Tributes page to make it easy to share your memories.

Send flowers to the Thompson family.