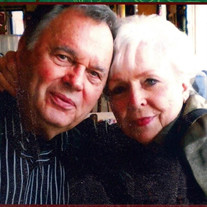 Wallace Swilley entered this world in a little community south of Valdosta Georgia called Swilley Hill on March 17, 1931. He was the first child of Reverend Wallace Swilley Sr. and Katie Swilley. They raised their son according to the Word of God, so Wallace was always in church. He started working at 10 years old delivering ice and during World War II at 12 he was a foreman at Sears and Roebuck in Savannah Georgia. He grew up being the youth pastor of his Dad’s church as well as the worship leader. As a matter of fact, he did anything else his parents needed him to do including building cement blocks to sell in the front of his church. He graduated from Jessup High in 1949. It was there he won first place in the state for the school play he was in. In September of 1949, he married Helen Ernestine Paulk in Greenville, South Carolina. It was there he started attending Furman university in the morning, working in a factory in the afternoon, and renovating a small church they grew to 200 members late into the night. Weekends Wallace and Ernestine would travel around South Carolina evangelizing by Greyhound bus. Then in 1950, they began to pastor in Conestee, South Carolina. There they took on a small church and built it into a thriving work. In 1951, they moved to Lenoir North Carolina where they ministered in a great church as associate pastors. Also in 1951, they moved to Rocky Mount North Carolina and built a powerful new church. In 1952 they move to Athens, Tennessee to take on a church and once again built it into a successful work. It was there they got the call from the Church of God denomination to become the State Sunday School and Youth Director to some of the greatest churches in America. But in 1966, Wallace and Ernestine Swilley truly found their calling; they started New Life For The Family Ministries. This move of God lasted for 50 years as it reached around the world restoring marriages and families in an unprecedented way. It was during this time the Swilley family ministered around the world through music, spreading the word through television and radio. This outreach touched the Armed Forces Service Centers worldwide. Wallace and Ernestine retired in 2006 but continued to mentor ministers around the world. In 2013, they received the prestigious “Couple of the year Award” from the Church of God denomination. Wallace was a pioneer. He had a reputation as a peacemaker, a phenomenal communicator, and a model of what a husband and father should be. Wallace Carrington Swilley Jr. will greatly be missed but we know he’s in a far better place praying for us. Wallace Swilley’s legacy will live on forever in what was most precious to him — his wife, his family, and his faith. Funeral services will be held on Sunday, August 25th, 3:00 PM at Davis-Struempf Chapel with Bishop Wallace Duane Swilley officiating. Interment will occur on Monday, 3:00 PM, at Paulk Tomberlin Family Cemetery in Baxley, GA. The family will receive friends on Saturday from 5:00 to 8:00 PM at Davis-Struempf Funeral Home.

Wallace Swilley entered this world in a little community south of Valdosta Georgia called Swilley Hill on March 17, 1931. He was the first child of Reverend Wallace Swilley Sr. and Katie Swilley. They raised their son according to the Word... View Obituary & Service Information

The family of Rev. Wallace Carrington Swilley Jr. created this Life Tributes page to make it easy to share your memories.

Wallace Swilley entered this world in a little community south...

Send flowers to the Swilley family.