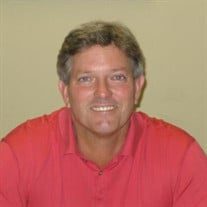 Timothy “Tim” Eugene Lee, 66, of Peachtree City, Georgia, passed away Sunday, February 13, 2022. He was born on October 18, 1955 at Crawford Long Hospital in Atlanta, Georgia. He was the son of Carey Wyatt Lee Jr. and Edna Cole Lee. He was raised in Austell, Georgia, and as a child was baptized at the Austell First Baptist Church. He graduated from South Cobb High School in 1973. During his high school years, he was a standout member of the football and golf teams. During his senior football season, he was named the Cobb County Defensive Player of the Year and was named to the All-County and All-State football teams. After high school, he attended the University of Georgia and graduated with a degree in History. He went on to work for his father’s State Farm Insurance Agency and eventually became a State Farm Insurance Agent when his father retired. He was a member of Dogwood Golf Club for more than 30 years and won 3 club championships. He deeply loved his family, friends, and his pets. He loved playing golf and watching Georgia Football. He would want it stated that because he passed away with Georgia as the National Champion, he has eternal bragging rights. He is survived by his wife of 15 years, Frances; son, Jeffrey and his wife Courtney; daughter, Shea; brother, Carey; and his nephew Christopher. Funeral services will be held Friday, February 18, at 1:00 PM at Davis-Struempf Funeral Home Chapel. The family will receive friends Thursday, February 17, from 4:00-8:00 PM at the funeral home. In lieu of flowers, memorials may be made in Tim’s honor to the American Heart Association or to a local animal charity of your choice. For anyone wishing to view the service virtually, a live stream link will be available on Tim’s Tribute Page at www.davisstruempf.com at the above listed service time.

The family of Timothy "Tim" Eugene Lee created this Life Tributes page to make it easy to share your memories.

Send flowers to the Lee family.