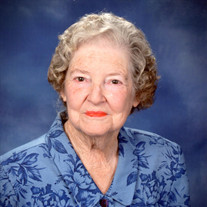 Mary Alice (Colquitt) Axford was born on December 11, 1931 at her grandmother's house in Jewell, Ga. Mrs. Axford passed away at the age of 87 on July 2, 2019 in Marietta, Ga., but her home was in Powder Springs, Georgia. Mary Alice lived in Lexington, Ga. but had to live in various locations within the state of Ga. after the untimely death of her father from diabetes. Finding work for a widowed mother of two young girls could be difficult to obtain, so they had to move in search of employment for her mother. Mary Alive graduated from Tubman School for Girls in Augusta, Ga. which was named for Emily Tubman. It was the only public high school for girls and was a major local educational landmark in Augusta becoming co-ed in 1951. While a student at Tubman she was a member of the choral group. She continued her love for music after graduation singing in a church choir in Augusta, Ga. Her future husband was visiting that church one Sunday evening and upon seeing her in the choir, told his friend that he was "going to marry that young lady". The young man was Tom Axford and stationed at Ft. Gordon in Augusta. After meeting each other, they were engaged for three months and married on July 17, 1949. It was a marriage that lasted for over 55 years until the death of Tom Axford in Nov. 2004. Mary Alice was employed as an executive secretary for many years at Zep Manufacturing in Atlanta, Ga. She made many lasting friendships from her years of employment at Zep. She could never pass an antique store without making a stop. Due to her love of music, she collected hundreds of sheets of sheet music. She also loved to add to her extensive collection of dishes and beautiful glassware, including depression glassware. She enjoyed traveling all across America to see the beauty of this country and often to visit friends, and of course, to discover new antique stores. When she was spending time at home she stayed busy with caring for her yard and hand washing her vehicles. She enjoyed all types of flowers and when she wasn't at an antique store, she was shopping to add to her vast assortment of plants. Of course, there were times to just relax and care for her precious kitty cat......they were constant companions to each other after the passing of Mr. Axford. And not to be forgotten, she got great pleasure in talking to friends and family on her telephone. Mary Alice and her husband attended Mt. Paran Church of God in Atlanta, Ga before attending Mt. Paran North in Marietta. Mr. and Mrs. Axford became a part of the fellowship of First Baptist in Powder Springs, Ga. roughly 17 yrs. ago. Regardless of where she worshiped, she enjoyed fellowship with other Christians. At First Baptist Church in Powder Springs, she enjoyed the activities of the Happy Hearts Group with lunches and outings. She also enjoyed the fellowship and activities with her Sunday School Class. And regardless of the location, she loved the music......during the Christmas season Mary Alice was known to have attended at least five Christmas musicals performed at various churches. Her favorite Christmas song was, "Mary did you Know?". Mary Alice did know and was a Christian. She loved the Lord and even though this life ended at 87 years, she will be with Jesus throughout Eternity. Mary Alice is survived by her daughter Susan Wallace of Powder Springs, Ga, her son Thomas Axford of Buford, Ga., a sister Gwen Ray of Burke, Va., and grandchildren, Heather Axford Miller of North Carolina, Seth Axford of Pennsylvania, and Mark Axford of Missouri. Mary Alice was also blessed to have 3 great-grandsons. Funeral services will be at Davis Struempf Funeral Home at 2 pm. Visitation will be from 12 - 2 prior to the service. Burial will be at Sunrise Memorial Gardens on Veterans Hwy (Bankhead) Douglasville, Ga.

Mary Alice (Colquitt) Axford was born on December 11, 1931 at her grandmother's house in Jewell, Ga. Mrs. Axford passed away at the age of 87 on July 2, 2019 in Marietta, Ga., but her home was in Powder Springs, Georgia. Mary Alice lived in... View Obituary & Service Information

The family of Mary Alice Axford created this Life Tributes page to make it easy to share your memories.

Send flowers to the Axford family.