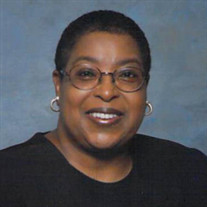 Dr. Marion Henderson Anders entered eternal rest at Delmar Gardens in Smyrna, GA on Friday, February 11, 2022. She was a 77-year-old native of Baton Rouge, Louisiana. Marion was a proud 1962 honor graduate of Scotlandville High School in Scotlandville, Louisiana. Upon graduating, she went on to receive her B.S. and M.Ed. (1965 and 1968, respectively) from Southern University A & M College in Louisiana. She received her Ed.D. from Atlanta University in 1987. Marion, a lifetime member of Kappa Delta Pi international education honor society, touched many lives in many places as a proud educator. She taught junior high school and high school biology, as well as, served as a school-based administrator in Omaha, Nebraska, New Orleans, Louisiana, and Los Angeles, California. She retired in the Dekalb County School District in Metro Atlanta, Ga, where she served most of her career. There she was a high school biology teacher, a high school assistant principal, a middle school principal, and a district administrator. She retired from the Dekalb County School District as an Area Superintendent of Middle Schools, during which time she was credited with pioneering middle schools in the district. As a lifelong educator, she did not stop at retirement. She went on to serve Argosy University of Atlanta as the Education Program Chair and Associate Professor and later a part-time professor of education. Marion dedicated herself to education for over 45 years. In her spare time, she enjoyed spending quality time in the Word and spending time with and traveling with her family. Her grandchildren were her pride and joy. She was a member of True Vine Baptist Church, Louisiana, and First Baptist Church of Atlanta, Georgia. Marion is preceded in death by her parents Mabel and Henry Henderson; husband, Wm. Victor; and brother, Charles Fisher, Jr., and his wife, Barbara. She is survived by her children Dr. Tiffany Brown and her husband, Michael; son, Damon Anders; sister, Rosa Henderson; grandchildren, Jordan Davidson, Jalen Davidson, and Madison Brown; niece, Natalia Davenport and her children, Joseph and Joshua; nephew, Charles Jerome Fisher III and his wife, Sandy; and a host of other loving family members and friends. A funeral service will be held Thursday, February 17, 11:00 am at Davis-Struempf Funeral Home Chapel. The family will receive friends on Wednesday from 5:00 to 8:00 PM at the funeral home. For anyone wishing to view the service virtually, a live stream link will be available on Mrs. Anders' Tribute Page at www.davisstruempf.com at the above-listed service time.

The family of Dr. Marion Henderson Anders created this Life Tributes page to make it easy to share your memories.

Send flowers to the Anders family.