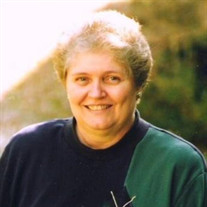 Marilyn Fay Weber, age 78, of Powder Springs passed away September 24, 2021. Marilyn was born in Lawrenceburg, Tennessee; the only daughter among four boys. After graduating from high school, she attended Peabody College for Teachers in Nashville where she would meet her future husband, Al. She earned a Bachelor’s degree in Education in 1964 and taught school for one year, before giving birth to her first daughter. Al accepted an accounting job shortly thereafter and they moved to Atlanta, finally settling in Smyrna. Though she never went back to teaching, Marilyn worked as a telephone receptionist at Diane’s Answering Service in Smyrna and sold AVON while her children were little. She and her husband were very involved in their local parish, St. Thomas the Apostle Catholic Church. She would teach CCD for many years and was even the principal at one point. She was recognized as the Woman of the Year by her parish. Her last position before retirement was as the Business Manager for St. Thomas, where she worked for over 20 years. Her family was very important to her and she actively participated as room mother, Den mother, and Girl Scout leader; wherever there was a need. Friday night dinners with the family became a staple for a while. She was very caring and generous and was known for giving selflessly of her time and income She and Al enjoyed antiquing, especially along the Dixie Highway Yard sale, which ended in Ringgold. They would later buy a cabin there for weekend adventures and made many great memories. Another of her favorite hobbies was playing bridge, and she participated in several groups over the years, with the last being at the Freeman Poole Senior Center. She thoroughly enjoyed her grandchildren and spending time with them. After Al died in 2010, she still enjoyed traveling with her family and especially with her doggie companion, Max. She continued to serve at her church until her health declined and her ability to travel and drive were affected. She still continued to enjoy spending time with her family, and then her caregivers as the years progressed. As her memory began to fade, she enjoyed looking through old photo albums and reminiscing about her childhood. Her family appreciates all of the love and support she gave over the years to not only them but to so many that she interacted with. She is preceded in death by her parents, William Henry and Mary Evelyn Hopwood; husband, Albert George Weber, III; and son, Albert George Weber, IV. Marilyn is survived by her children, Jennifer Petracca (husband, Shayne) of Dallas, Laura Jones (husband, Scott) of Powder Springs, and Chris Weber (wife, Carol) of Powder Springs; brother, Frank Hopwood (wife, Sandra) of Fairfax, VA, William “Bill” Henry Hopwood (wife, Karen) of Knoxville, TN, and Tom Hopwood of Smyrna; grandchildren, Eric, Rachel, Olivia, and William; and many beloved extended family members. A memorial mass will be held Saturday, October 9th, 9:00 AM at St. Thomas the Apostle Catholic Church, Smyrna. In lieu of flowers, the family requests donations in Marilyn’s name be made to the Alzheimer’s and Dementia Association at alz.org.

Marilyn Fay Weber, age 78, of Powder Springs passed away September 24, 2021. Marilyn was born in Lawrenceburg, Tennessee; the only daughter among four boys. After graduating from high school, she attended Peabody College for Teachers in Nashville... View Obituary & Service Information

The family of Marilyn Fay Weber created this Life Tributes page to make it easy to share your memories.

Send flowers to the Weber family.