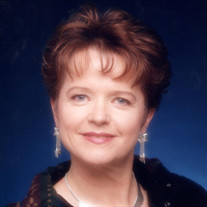 Kathleen Mary “Kat” McCormick, age 68, of Powder Springs passed away November 6th, 2020. Kat was born in 1952 in Odgen, UT. She grew up as an “Air Force brat” and lived in many places around the globe, including Germany, Saigon, Hawaii, and northern California. The family finally settled in Litchfield Park, AZ on Luke Air Force Base, where Kat attended grammar school through 8th grade on the base, then Agua Fria Highschool in Goodyear, AZ. She went on to study at Arizona State University for three years until she was offered a full-time position at Ultra Systems. Kat skills as a technical writer were in high demand, and she contributed to many different companies, the last of which was the Weather Channel, from which she retired after 15 years of service. Kat was not only an accomplished technical writer; she also was passionate about writing in her free-time. She was working on the third draft of her first novel before her sudden passing. Kat also loved to travel with her husband and was a huge fan of James Taylor. Kat was preceded in death by her parents, Colonel William M. Johnson, USAF and Teresa Goodwin née Reilly. She is survived by her husband of 34 years, Barry J. McCormick; sisters, Sue Mullen of Litchfield Park, AZ, Shelly Nielsen of Mesquite, NV, Sid Johnson of Scottsdale, AZ, Christine Lockhart of Chico, CA, and Kimberly Johnson of Myrtle Beach, SC; and many beloved extended family. Private family services to be held. In lieu of flowers, the family requests donations in Kat’s name be made to the American Cancer Society at cancer.org.

The family of Kathleen "Kat" McCormick created this Life Tributes page to make it easy to share your memories.

Send flowers to the McCormick family.