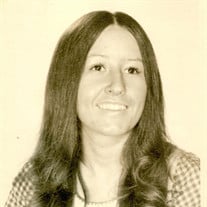 Anita Irene Emond passed away on October 15th, 2019 after an extended period of declining health. Anita was born in Henderson County, NC on January 10, 1954. Anita was a 1972 graduate of Edneyville High school and a graduate of the Art Institute of Atlanta. She retired from Georgia Messenger Legal in 2018. Anita was a resident of Atlanta, GA since 1974. Anita was a loving aunt to her niece, Meredith Ward and her nephews, Dr. Bryant Ward, Billy Ward, and Jonathan Ward. She was Meredith and Bryant’s “summer camp and adventure coordinator” for many years when they were young. Many weren’t aware of Anita’s creative and artistic abilities that were often expressed through art, music, and travel. Anita was very close to her loving mother, Louise Ward, of Hendersonville, NC, who is heartbroken at the loss of her daughter. Louise will greatly miss Anita’s daily phone calls full of love and laughter. The loss of a daughter is especially hard; please keep Mrs. Louise Ward in your prayers. Anita was preceded in death by her sister, Betty Jean Ward, father, John B. Ward, and her grandfather, Robert E. Corn. She is survived by her mother, Louise Ward, sister, Sandra Ward, and her brother, Alan Ward. We will miss Anita, but will always hold on to great memories of the good she gave to family, friends, and animals of all kinds. Life is a tightrope we all walk without realizing it. We need to take time to appreciate those around us each and every day. A memorial service will be held on 10/30/19 at 11am at Mt. Carmel Baptist Church, located at 474 Duncan Rd. Flat Rock, NC followed by internment at Shepherd Memorial Park. We invite you to join family and friends at St.Paul Farms Guest House, 731 Chestnut Gap Rd. Hendersonville, NC after the service. In lieu of flowers, please make donations to Shepherd Center of Atlanta. Your visit or phone call to Mrs. Louise Ward would be a great blessing for the family.

Anita Irene Emond passed away on October 15th, 2019 after an extended period of declining health. Anita was born in Henderson County, NC on January 10, 1954. Anita was a 1972 graduate of Edneyville High school and a graduate of the Art Institute... View Obituary & Service Information

The family of Anita Irene Emond created this Life Tributes page to make it easy to share your memories.

Send flowers to the Emond family.